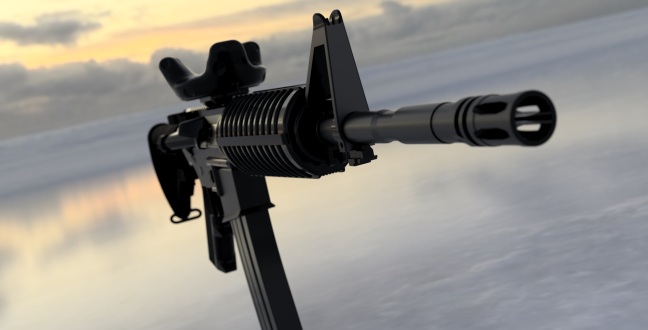 Update:  On August 1, 2018 the DOJ has settled with Defense Distributed, allowing them to relaunch DEFCAD, a website repository of plans, CAD files, instruction, 3D fabrication devices/services directory as well as a forum to talk about the previous items.  This website will require no identification or identity validation and will be open to anyone around the world.  The fact that this site is protected by SHA-256 & 2048 bit RSA keys Secure Socket Layer, it will be next to impossible to know exactly what was obtained, and if the user, is using a dark VPN connection, they will be untraceable. 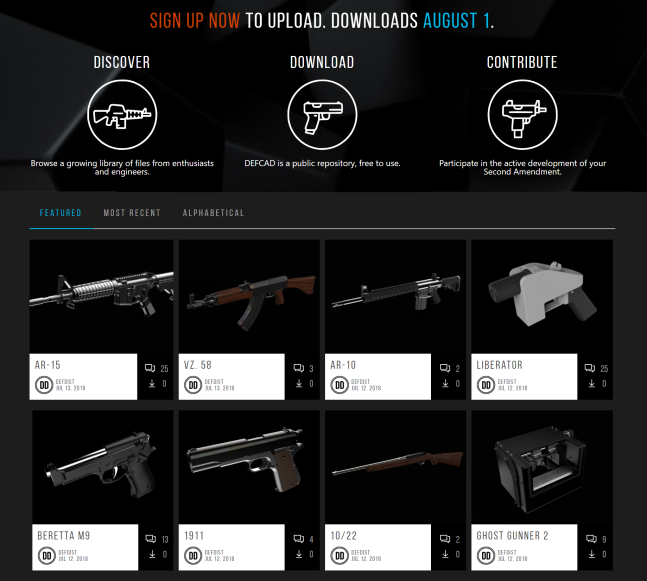 With so many mass shooting incidents in the United States in 2018, I began to wonder like many, if it could get any worse. Sadly, I feel that indeed it will get worse and we have 3D technologies to thank.

Having spent quite a few years in different aspects of 3D technology from fabrication, scanning and visualization; including the past three years as a VAMR (Virtual, Augmented, Mixed Reality) developer, I am seeing an alarming trend of using several 3D technologies to create the perfect weapon. Here’s how:

One of the topics we covered in our first episode of ‘All Things 3D’ in October of 2013 was creating a gun with 3D printers and even though our conclusion in that episode, is yes technically, but the technologies didn’t exist to the garage tinkerer unless they invested tens of thousands of dollars in a commercial 3D printer to create a gun with enough tensile strength for more than a few rounds. More importantly the firing pin and few other components would still need to be made from good old metal. Sadly in 2018 the same case cannot be made since we now have carbon-fiber and even aluminum filament for extrusion based 3D printers that indeed would have the strength along with an inexpensive milling machines to create the metal components

and I have even seen complete “AR-15 kits” with CNCed (Computer Numerical Control) milled metal that have no serial numbers. In some ways, this is even more deadly because the infamous “Bump Stock” (update 2/20 President Trump memorandum *) could now be integrated into the design, or worse make it fully automatic from the start. Sure, we have seen noise from Congress and some of the larger companies in trying to curtail or even confiscate commercial 3D printers used for such purposes, but now many low-cost printers under $10K can be used; with many of them being sold from China, making it a much harder proposition to shut down until after the fact. It should also be noted that there are ton of web, torrent and Tor sites that provide full 3D files to print these parts, but thankfully sites that list common 3D printable components sites like Thingiverse and YouMagine have banned 3D gun components, but not all commercial sites do and it is a simple matter of Googling what you want.

Let’s say that all the websites, like ones above are removed. This will not stop the dedicated gun-maker from replicating his choice of weapons, including several true military grade weapons now that many 3D scanners are available from companies like Artec, GO Scan, Einscan and NextEngine, that are made specifically for scanning industrial components and machine parts, along with scan services 3D scan services like EMS-USA that specialize in scanning military weapons.

In fact, when I was still providing 3D fabrication & scanning services a few years back, I scanned a Sig Sauer 227 for a company in California who created holsters so they could 3D fabricate a mock-up of the gun for test-fitting in their holster design.

When I ask them why they just didn’t use the real gun, I was told “they didn’t want to ruin the finish.” In this case, the weapon was not part-for-part scanned and would have required a great deal of work to convert it into a proper CAD file to create an operational version, but the rep seemed less than satisfied with my 3D scan and told me they normally use a 3d scanner technician out of Switzerland to break down the weapon to its minute components which they would scan & convert it to precise CAD files.

This last item that really has me terrified and I don’t appear to be the only commentary in the VR world that feels this way since UploadVR also wrote about the concerns of large media corporations like Sony Entertainment & Respawn Entertainment spending millions in VR development to create realistic combat/contract killer simulators — not for the military, but for the consumer. Namely anyone with a PlayStation VR or Oculus compatible VR system will be able to buy these “games” that will try to duplicate the experience of warfare and killing other VR avatars that so happen to look like real people. In fact, in the game “Blood & Truth,” you can also shoot limbs just to inflict pain. 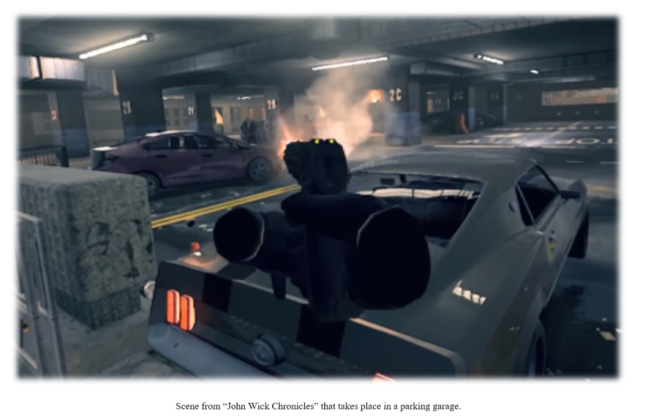 This is not the first time as I reported this, and as far back as February of 2017 in a “3D in Review,” episode when I called the “John Wick Chronicles,” the “The Perfect Murder Simulator, ” since the goal was if you are familiar with John Wick narrative, is to inflict maximum casualties to those who are trying to hunt you down. The VR game was even replete with a training simulator to hone your “skills” with an assortment of pistols and sub-machine guns. As someone who has some weapons training when I was in the military, and few opportunities to go target practicing in the years since. I was struck on how natural it was to bring my HTC/Vive hand controller up to my face, look through the sight (in VR) and pull the controller’s trigger. I even found myself using breathing techniques I learned to steady my hand. Of course I knew this was only a hand controller and I was wearing a VR headset, but for an hour I really did feel like I was out on a mission, with the sole purpose of methodically and expediently killing as many enemy combatants as I could to stay alive. Now mind you this was back in early 2017 and with an entire year & more money thrown at the FPS (First Person Shooter) VR genre, which is also the most lucrative area for developers to see a return on their time & money, expect the experiences to become even more realistic with weapons ballistics physics being accurately modeled to act just like those fired in the real world and the ability to simulate loading a magazine (pulled from your belt like in Arizona Sunshine), 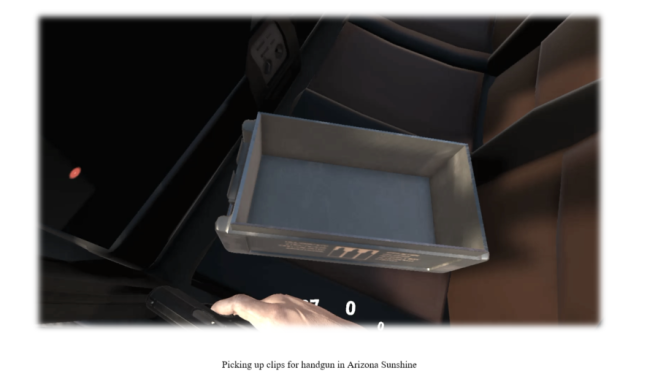 pulling back the bolt to clear the firing chamber, taking it off the safety or controlling firing rate from single, semi-automatic, to full automatic latch and it is easy to see how this is far different than any shooter game you or your kids played just a few years back with a keyboard and mouse. 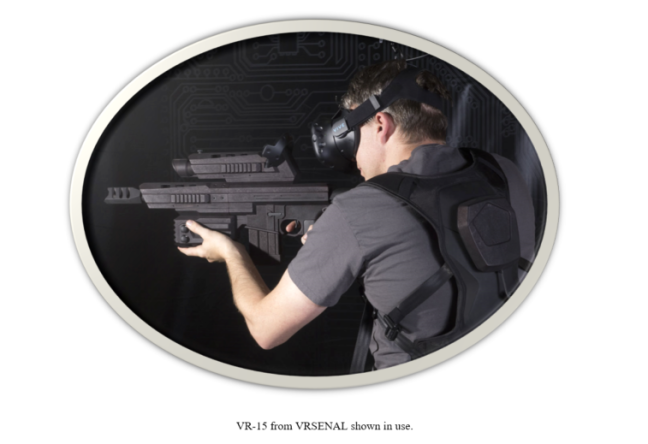 Or for that matter any weapon you choose (see 3D fabrication and scanning above) and connect it HTC/Vive Tracker which allows any real-world object to be tracked in VR as well allow input from different switches (e.g. trigger, safety, hammer, and rate of fire), then make sure it has the proper weight, recoil system and you no longer need to pretend.

The VR weapon will not only act like real weapon in VR but will feel like one as well. Add gloves with hand/finger sensors and you will be able to see your VR fingers touch, turn and pull on the weapon creating a perfect proprioception loop between you and the VR world.

And it does not stop there with several 3D modeling tools and engines available for free or a very low subscription price, any hobbyist, enthusiastic teenager or young adult can afford to make anything possible (and sadly the number of models now available proves this). And realizing I too could be providing ideas with what I have been able accomplish with many of these low cost tools over the past 20 years**, let’s just say that what Columbine assailants did with the Doom Engine in 1999, and the 9-11 terrorist were able to accomplish with the off-the-shelf Flight Simulator from Microsoft is nothing compared to what someone will be able to plan and train for in the very near future.

As they say, it isn’t just US Military’s technology that makes it the most potent military in the world, but the training each soldier, airman, seaman or marine receives. In future mass shootings it won’t be just the military grade weapons we will be talking about, but also the military style training one would be able receive in the privacy of their garage or living room that will make the horrible massacre this past Valentine’s at Marjory Stoneman Douglas High School seem like amateur hour. It’s true that just banning or making it harder to obtain or create weapons of mass murder is only part of the solution. We also need to stop creating entertainment that glamorizes death & destruction and rewarding companies & developers who seek to raise the bar on how realistically we can kill someone as a reward for in-game training and perseverance as well as not simulating the hardware as close as possible to the “real thing.” We also need to pass laws discouraging the military (DOD will be investing several tens of millions into VR in the next two years) from using these as entertainment tools to recruit, train, and rank teenagers & young adults on their simulated combat skills, while conditioning them that certain “groups” of enemy combatants (or civilians) are their enemy.

However, none of this will happen if these companies with millions of dollars to fan out to local, state, federal lawmakers keep encouraging them to look the other way or even push for more favorable legislation, as well as taking responsibility in changing our own buying or watching habits when we see something marketed, advertised or created for the sole purpose of simulating or inflicting harm or damage.

Each of these 3D technologies I mentioned above have done far more to advance engineering, architecture, design, medicine and even education. It is too bad that these same tools can also be used for mass murder by anyone who desires to use them in that manner.

* President Trump if you are truly interested in banning devices that turn weapons into “machine guns,” there are a number of devices like the Ghost Gunner 2 that can definitely make this a reality, and are sold to allow the novice to create weapons that are not registered or serialized. You should also be concerned that companies who supply these devices & services also boast about how these will be used to protect them against the government that you are now president of.

** If you are reading this, and work for the government or congress committee and would like more details on the 3D tools available that were not mentioned in this article intentionally to avoid providing further ideas, you are welcome to email at info@allthings3d.net for further information.

Links to our media pages